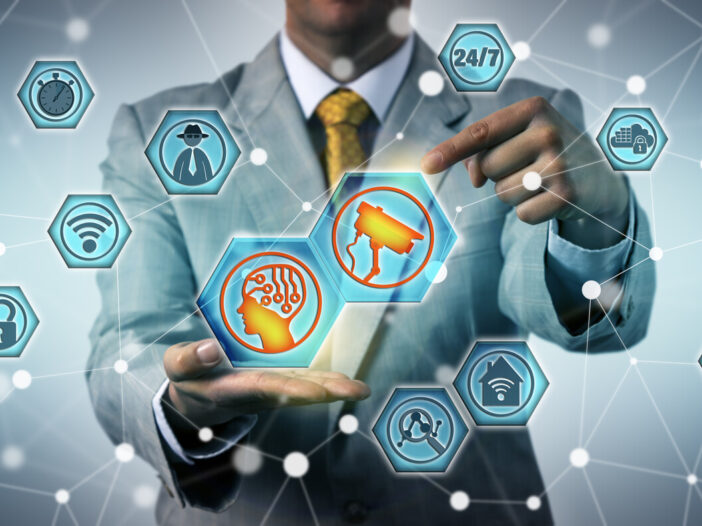 So, what are the three secrets of video analytics that everyone misses?

The first half of this article discusses analytics generally. You can head directly to the secrets of video analytics if you wish to skip the overview.

What is Video Analytics in CCTV?

Video analytics is the use of algorithms to create searchable events based on video streams. These video streams are analysed, almost in real-time.

You create alarms based on the events.

Related: How to Create a Pop-Up Alarm in ACC

It saves time and allows you to act on the data available with minimal searches.

That is the idea.

As with all things, it’s not always that simple.

The system creates events and alarms based on changes in pixels. Pixels from one frame is checked and compared to the previous frame. If a change occurred, motion is detected.

The event is triggered based on the threshold. In other words, the percentage of change on a given frame to the next.

A frame is any still image in a sequence of further frames. These frames make up a video. The more frames per second, the more fluid the video feed is.

The higher the threshold, the more change needed to trigger the event.

A problem arises as soon as there are unwanted motion events. For example, trees that move significantly due to wind or animals entering the scene.

Motion detection is useful because scenes with no activity are ignored and not recorded.

However, it can cause a disproportionately high amount of false positives. Alarms will overwhelm the operator. At this point, event searches are near meaningless.

Conversely, set the parameters for detection too strict and you risk missing important events.

We’re approaching the secrets of video analytics. There’s a need for better forms of detection.

There are many forms of more advanced detection on the market today. They are widely available on a variety of systems, but they are not all equal.

Some of these include:

I will touch on these briefly.

Line crossing checks if a person, vehicle, or something else crossed a virtual barrier. Often, the same algorithm can count people crossing the line.

It is useful for retail stores that want to monitor traffic.

Detects groups of people that gather in undesired areas.

It detects objects placed in undesired areas. For example, suspicious luggage left in an airport terminal.

Objects Entering or Leaving an Area

Will detect objects as defined by the user. These objects could be proprietary and pre-defined as with Avigilon’s Classified Object Detection. Objects such as humans, vehicles, or a subset of vehicle types, such as bicycles.

Allows the user to specify direction violations, such as a vehicle driving in the wrong direction in a one-way street.

One of the more useful forms of video analytics, LPR detects and logs a vehicle’s license plate number.

There are two forms of LPR. The first uses text-recognition. This method, while helpful, can also detect all sorts of other text on vehicles so is less accurate.

The other uses an algorithm to detect license plates based on the region’s defined license plates. This method will ignore other text.

Will detect and identify a person from a database of facial images.

This form of analytics has been released by various vendors recently to combat COVID-19. It detects whether a person is wearing a mask.

Appearance-based analytics allows the user to search for persons or vehicles based on colour.

Are you ready for the secrets of video analytics?

Despite many vendors having similar features, it helps to know the specific product you want to use. And you won’t know which to use unless you have tested a few.

If you are an end-user, you may insist on comparisons between products. Allow the integrator the opportunity to conduct such tests on your premises. At the very least, ask them why they are recommending product A over product B.

Be part of the process.

Blind brand trust has been the source of frustration for many. If the integrator is sure of their offering, they won’t mind competing to land your business.

You may also prefer to get a consultant to manage this process.

Consider your lighting and what test results are like in the evening. Avigilon, for example, recommends a minimum of 8 lux on target for their analytic cameras.

Performances will vary from one brand to the next.

Because on the perimeter you don’t need to see who has breached the fence, only that somebody has. Your day-night cameras will identify an individual as he approaches your building.

Secondly, you don’t need to concern yourself with lighting. A human’s heat signature will compel early detection.

And of course, thermal cameras can detect over a vast distance.

A look at FLIR detection, recognition, and identification distances reveals this.

That’s not even taking into account higher resolution variants.

The differences, according to FLIR, shows us that:

The detection will determine whether an object is present or not.

The recognition will allow the user to see what type of object it is.

And the identification will allow the user the opportunity to determine whether the object is friend or foe.

I’d much prefer human detection either side of the fence. A criminal will crawl underneath the fence or climb over. There’s a chance he will go through a hole.

In every instance, his movement is likely to be slow or awkward. That is why line crossing will likely fail the user.

If you have to use line crossing, consider additional security such as fence triggers.

Secret 3: Over-Promising and Under Delivering

The first two points tie nicely into this one.

Sometimes, the lack of communication between client and integrator is the biggest problem. Or, simply put, someone wasn’t truthful.

All analytics are fallible.

That should be one of the first things conveyed. There isn’t any system that’s 100% accurate.

You will get false-positives, and you will have under-detection.

The role of analytics systems is to make the operator’s job easier. It’s not a magic bullet, one system fits-all, solution.

Manage the client’s expectations. The client, conversely, has to ask the right questions.

Otherwise, someone is bound to be unhappy.

You can’t expect the world on a shoestring budget, and you can’t deliver on a promise when you haven’t the right expertise.

The secrets of video analytics?

Do you think I’ve missed something? Let me know in the comments below.